Wandering about in Rome: Trastevere

your interesting column tempts me to participate: I'll not propose to Vagabondo's friends a very exotic wandering but, I hope, an equally charming one. I'll also give you some of my favourite addresses. The walk I suggest is across Trastevere in Rome.

You can reach Trastevere coming from different sides, my advice is to get there from Via dei Pettinari and crossing Ponte Sisto. You'll thus feel you're entering the area frome a priviledged access. As many any important city in Europe, Rome rose near a river, the Tiber, and grew a more important side on the left bank of it, with forums, markets, temples and representative buildings. Meanwhile a more popular part was growing on the right side, that was actually called "over the Tiber" (trans Tiberim), today'sTrastevere. And Ponte Sisto is the very door to that area.

Today the bridge, after a long period of restoration, has again its Renaissance look, in stone and bricks. But true "Trasteverini" still recollect with nostalgia the cast iron bridge as it was made by Piemonteses in XIX century, to consent carriages trafic.
From there you have a syntethic view of the Gianicolo hill, watching over the district. Among pine trees stands out, dominating Trastevere roofs and terraces, the huge Fontana's white stone front, that an English traveller longtime ago called "Rome's brow".

The bridge crossed you arrive in Piazza Trilussa, who was a great Roman vernacular poet. And here it's already time to make a stop, as at the corner with via del Moro there is the Art Cafè, a very trendy place, with its aluminium stools and water running under the bar. It's a vaguely New York like atmosphere in the very heart of Rome, open from 7 a.m. to 3 a.m.

Going on along via del Moro we find the best smelling bakery of the district, which also sells delicious take away pizza. Ahead on the same street there is a cake shop selling the best Sacher torte in Rome, so much appreciated by the Roman reknowned film director Nanni Moretti, who entitled to this cake the cinema he opened in this district.

If we now go back to Piazza Trilussa and from there we take Via Santa Dorotea, let's have a look at Alberto Costantini's wine bar Cantiniere, were you find exquisite Italian, Alsacian and Californian wines combined with original tasty dishes.
Then Via di Santa Dorotea meets Via della Scala. This one was very known in the seventies because of a group of singers, Stefano Rosso, Antonello Venditti, Francesco De Gregory and many others at the time young musicians gravitating around the mythical Folkstudio, a place that was a cult in Rome.

Before taking Via della Scala we see in front of us via Garibaldi, the upgrading road going to Gianicolo, where many famous artists lived, among whom the recently dead poet Rafael Alberti.

He used to walk along Trastevere's roads but he was afraid of car trafic, he'd say that only Neruda and Guillén were more afraid than he was by Roman trafic. And on his "Roma, peligro para caminantes" he wrote "Who knows if they ever will remember me when I'll be gone" and then added "Ask the cat/ and the broken shoe/ ask the lost streetlight/ ..../and the running water/ writing my name/ under the bridge".

So then, Gianicolo in front of us, on the left Via della Scala penetrating into the very heart of the district, ont the right Via della Lungara, pointing towards Borgo Pio, with the overlooking garden of Chigi's Farnesina, a huge XVI century building designed by Baldassarre Peruzzi, an important Renaissance architect. According to Peruzzi's design, this beautiful palace with rooms decorated with frescoes and facade decorated with terrecotte cupids and festoons, should have been linked to Farnese Palace on the other side of the river, by a bridge that never was built. Still along Via della Lungara you find the Bothanical garden, which I recommand you to visit in spring, and Regina Coeli, the Roman prison, which I recommand not to visit at all. Between these two characteristic places of Rome many v.i.p. of showbusiness live, among whom Bernardo Bertolucci, and many renowned personages of culture, as for instance the writer Fernanda Pivano, a great expert in modern U.S.A. litterature, a friend, among others, of Pavese and Hemingway. She also dedicated a book "La mia casbah" to the cultural life of the district.

She points out thet Roman people in Trastevere are divided into two categories: the ones that when she gave her address would say "Oh yes, I know, near Lincei's Academy." and the ones that would say "Of course, beside Regina Coeli".

Though this portion of the area is nearly entirely residential, we can make nice shopping in Di Giorgio's Wax shop, offering the widest choice of candles in Rome.
Still nearby, just at Gianicolo's foot in Via degli Orti d'Alibert, it's possible to visit several artists ateliers, I recommand the one of my friend, Alberto Gasparri.

Let's now take again via della Scala that'll bring us towards Piazza Santa Maria in Trastevere. Here you are easy to lose your way among the many pubs, pizzerias and all sort of premises: we are in the very heart of Roman "movida". So we are obliged to stop for a drink at the Coffee bar alla Scala. Before arriving to Piazza Santa Maria in Trastevere, at n. 10 of Piazza Sant'Egidio there is Cinema Nuovo Pasquino that gives movies in their original language. In front of it Trastevere's Museum.


Piazza Santa Maria in Trastevere is full of restaurants and bars with tables in open air also in winter. The curch, that gives name to the piazza, was probably the first church in Rome to open officially to Christian cult.
Inside, among many important works of art, there are the splendid mosaics by Pietro Cavallini, one of the most original and innovatory artista of the end of XIII century.

But the very core of the district is the fountain in the middle of the piazza. The tub of the fountain seems to be of I century b.c. and was placed in the Piazza in the occasion of the 1450 Jubileum. In 1604 the water was brought there of the ancient Acquedotto Felice. In 1658-1659, under the restoration by G.L.Bernini the fountain was translated in the centre of the piazza giving to the whole place the monumental baroque character we see today.
And the poligonal steps of the fountain basis are used by the tourists and Romans as the stalls of an open air theatre.

For anyone wishing to buy an exotic craft jewel at n. 6 you'll find the nice Pandora sop.

From Piazza Santa Maria in Trastevere via della Lungaretta, starts, which is a true axe of the ancient city. Towards south once the road crossed the river by the today "Ponte rotto", went on beside Circo Massimo and on as far as reaching Appia Antica. Towards north beyond the piazza the way goes up along Gianicolo's slope and reaches Porta San Pancrazio, from there the ancient Etruscan way went on towards northern territories.

But let's go on with our walk. Piazza San Calisto's bar is the actual meeting point of alternative people, crowdy at nights, and there you may drink the best coffee with cream in winter and coffee water ice in summer. On the Piazza also open Sant'Egidio's Community premises, a very renowned and powerful christian organization working to recuperate emarginated people, in Rome but also abroad in underdevelopped countries.

From Piazza San Callisto we can go on to Piazza San Cosimato where we find Bar Sacchetti, and at mornings, the colourful open air market. Or we may go towards Viale Trastevere going along Via di San Francesco a Ripa, we find a very cheap fruit shop opened everyday, also on Sundays and holidays, then the delicious Cecere's ice cream and Victory's original dresses. On Via Natale del Grande we find a Kebab oven and Cinema America, with its original '50ies neon lights.
trastevere

In Via dei Fienaroli the art gallery Il Labirinto proposes high level personal and collective art exhibitions, whilst, in the same roadBibli, a Library-coffee shop, has been being for the last five years a meaningful meeting point, where you find presentations of new books and authors, debates, lectures, live music, together with a good buffet brunch and delicious cakes.
.

To end with let's pass by Piazza Mastai, that's now pedestrian after the restoration. From there to Via induno, where we find one of the most beautiful and important buildings of pre-war Rationalist period in Rome, by architect Luigi Moretti, it's the l'ex G.I.L. (Fascist Italian Jouth), today scarcely in use and poorly kept.
Last but not least, thereby we find the Cinema and culture center created by film director Nanni Moretti.
Nuovo Sacher.

Here I end my walk, but Trastevere is surely much more than this: It's a wide district, full of monuments, administrative premises, historical places and buildings, with all kind of activities.
Its richness in theatres, cultural associations, ateliers, art galleries, design ateliers choosin more and more often this area to settle because of the opportunity to dispose of lofts out of use, made of this area a real culture and art center in the city.

(165 Kb) wit the itineraries, ready to be printed. 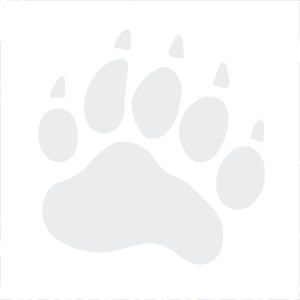